The Hillman Imp is a small economy car that was made by the Rootes Group and its successor Chrysler Europe from 1963 until 1976. Revealed on 3 May 1963, after much advance publicity, it was the first British mass-produced car with the engine block and cylinder head cast in aluminium. Being a direct competitor to the BMC's Mini, it used a space-saving rear-engine, rear-wheel-drive layout to allow as much luggage and passenger capacity as possible in both the rear and the front of the car.

The Ford Capri is a fastback coupé built by Ford of Europe, designed by Philip T. Clark, who was also involved in the design of the Ford Mustang.[2] It used the mechanical components from the Mk2 Ford Cortina and was intended as the European equivalent of the Ford Mustang. The Capri went on to be highly successful for Ford, selling nearly 1.9 million units in its lifetime. A wide variety of engines were used in the car throughout its production lifespan, which included the Essex and Cologne V6 at the top of the range, while the Kent straight-four and Taunus V4 engines were used in lower-specification models. Although the Capri was not officially replaced, the second-generation Probe was effectively its replacement after the later car's introduction to the European market in 1994.

While Ford marketed the car as "Ford Capri – The Car You Always Promised Yourself", 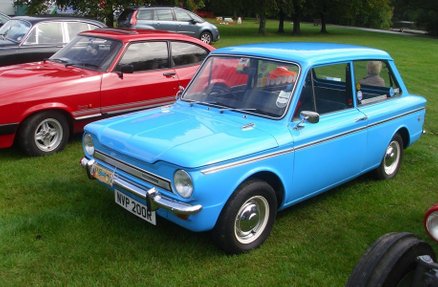 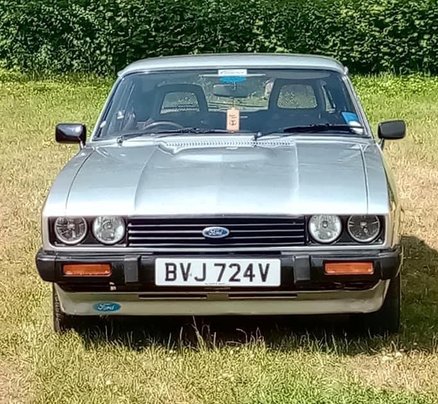 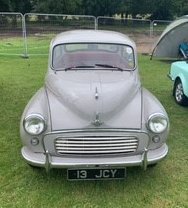 Since its introduction in 1948, the Morris Minor has always been used for its original purpose as an everyday motor car. It has never been out of fashion in spite of the many advances in technology that have taken place over the last 63 years. Even as it reaches Classic status it maintains its place as a practical working car.

Indeed, its simple reliable technology and structural durability have underpinned its appeal to motorists who are fed up with the increasing complexity of modern motor cars, their inevitable rapid financial depreciation and built in obsolescence.

The principal reason for the Morris Minor's continuing success is that the designer, Sir Alec Issigonis (whose next car was the revolutionary Mini) came up with such an advanced car. The handling characteristics, light steering, structural safety and mechanical reliability are still more than acceptable for today's motoring. Its friendly and timeless shape is a design icon that has never needed to be changed for changes' sake.

The A35 is very similar in appearance to the A30, except for a larger rear window aperture and a painted front grille, with chrome horse-shoe surround, instead of the chrome grille on the A30. Both have 13 in (330 mm) wheels. The semaphore turn-signal indicators were replaced with modern front- and rear-mounted flashing lights. A slightly easier to operate remote-control gear-change was provided. Much of the improved performance is a result of different gearbox ratios. The A30 has the first three ratios close together then a big gap to top (fourth gear). The A35's ratios are better spaced and give a higher speed in third gear.

Like the A30, the A35 was offered as a two- or four-door saloon and two-door "Countryman" estate and also as a van. The latter model continued in production through to 1968. A rare coupe utility (pickup) version was also produced in 1956, with just 477 sold. Drawings were made for a sports tourer, but no prototype was actually built.

The A35 passenger cars were replaced by the new body shape A40 Farina models in 1959 but the estate car version continued until 1962 and van until 1968. 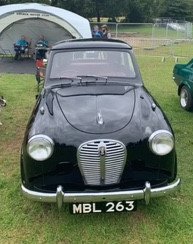